State of the Zoo-nion Address 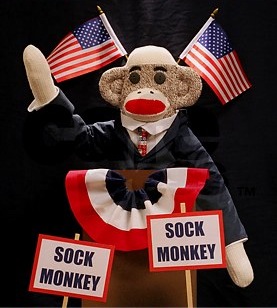 Hello, my fellow Simians.
Today, I’d like to brief you on my current state of affairs, not as your faithful Primate President, but as a Reader, Writer, and Editor.

First of all, in the wake of my whining two weeks ago (“Hedging an Investment in Myself“), I was delivered from my woes. Unbeknownst to me at the time, but I was sitting on a Christmas gift that I was about to crack open and rediscover inside it my love of reading. My new muse is Kate Morton, whose The Forgotten Garden I just finished over the weekend and whose debut novel, The House at Riverton, I purchased the same day. Her stuff might not be everyone’s bag, but this book was like a more accessible Possession meets The Secret Garden—a family mystery spanning generations and set largely on a Cornish estate with a maze and hidden garden—which suits my literary gothic fancies just fine. Her skill in structuring a story and incorporating detail (that richly fleshes out her settings and characters without seeming superfluous) is not only providing me new writing guidance within a genre and style that appeals to me, but has also at long last delivered me into a storyworld I can submerge myself in. I’ve read many books that I’ve enjoyed recently, but it’s been ages since I absolutely got lost in the atmosphere of one and didn’t want it to end. I came out of it feeling very satisfied as a reader and inspired as a writer.

Which brings me to the next talking point of my address here. The writing. Because (contrary to the bratty little rants I might have now and then) I do take constructive criticism to heart, I’ve lost myself in my own story again to overhaul its beginning. Whole sections have been hacked and the remaining ones rearranged, so the manuscript is looking a bit Frankenstein’s Creature-ish until I go back through and stitch up some of those fleshy seams and smooth it out. I’m now starting my novel with what was originally the third chapter as it involves a more critical turning point for the protagonist and gets on with the main story more quickly at not much sacrifice of backstory (which is just reinserted other places). I’ve heard this advice given to newbie writers countless times, and I’ll be damned if I’m not surprised it finally came my turn to follow it. Not as great a sense of loss as I thought it would be, though I’m being extra cautious not to throw any babies out with the bath-water.

And wouldn’t it figure my mother tells me over Skype last night that the lil’ stinker found an old copy of my manuscript on her computer, has been reading it, and loves the beginning just as it was. Doh! I might have to comfort her more through this revision than myself :).

In any case, I’m up against a March 1st deadline for both polishing my first chapter for feedback at an upcoming writing festival and completing my developmental edit, so I’m concerned I won’t have a new February story to submit for Write1Sub1…yeesh, time to crank. But never fear; the zoo is not yet in a state of crisis, merely raised to an alert level of **Yellow**.

How are YOUR current projects going, everyone?

Primate that dapples in writing when not picking others' fleas or flinging its own poop. END_OF_DOCUMENT_TOKEN_TO_BE_REPLACED
This entry was posted on Monday, February 21st, 2011 at 17:05 and tagged with blogging about writing, creative writing blog, Descriptive Language, editing a novel manuscript, fiction, getting a novel published, literature, publishing, reading to write, sensory detail, submitting a manuscript for publication, writing a novel, writing blog and posted in Monkey Miscellany. You can follow any responses to this entry through the RSS 2.0 feed.
« Hedging an Investment in Myself
Monkey Can’t See, Monkey Can’t Do… »

18 responses to “State of the Zoo-nion Address”